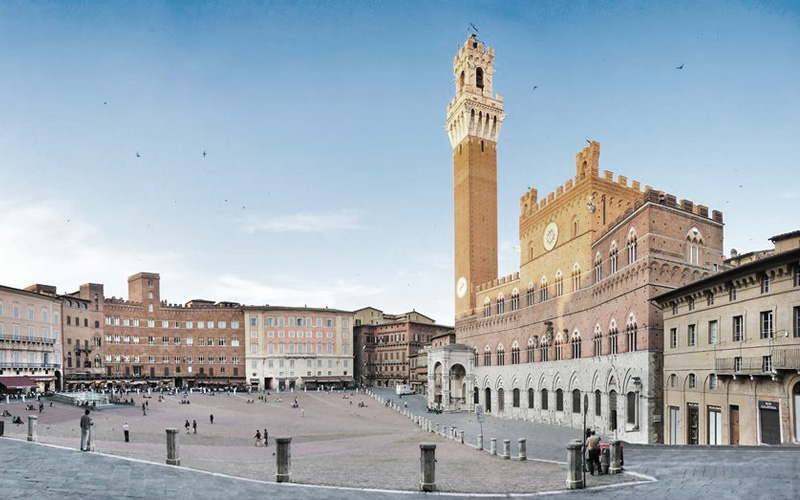 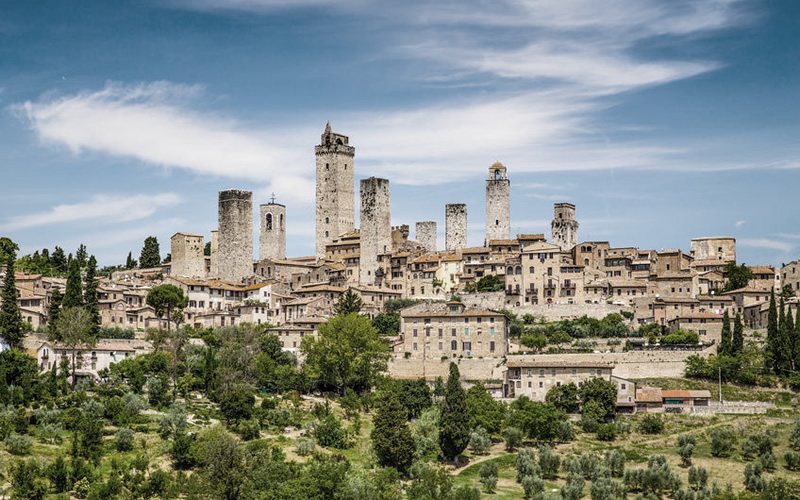 We will visit the historic towns of Siena and San Gimignano, located among Tuscan hilltops, with olives, vineyards and fantastic colors.

San Gimignano has Towers and medieval houses, and it is surrounded by 13th century town walls. It is enjoyable spending part of the day strolling around the old city and taking beautiful photos, then reaching Piazza della Cisterna and eating the famous ice cream, awarded as the best in the world for years.

Siena: Piazza del Campo in the heart of the old city, the Torre del Mangia and the massive marble Cathedral, which contains some works of Donatello and Michelangelo, are just few of the things to visit of the city. Also known for the famous Palio: an exciting medieval horse race, where Le Contrade – the 17 neighborhoods of Siena – compete, each Contrada represented by a different animal.

The horse race is held in Piazza del Campo, which is covered with tuff powder for the occasion, bringing back the atmosphere of old times. An atmosphere we can also find all year long, with its traditional cuisine, and its typical sweets and cakes such as Ricciarelli, Torrone, Cantuccini and Pan Forte.

Notice: The suggested services are examples based on our clients’ most demanded requests

Ask for a quote!